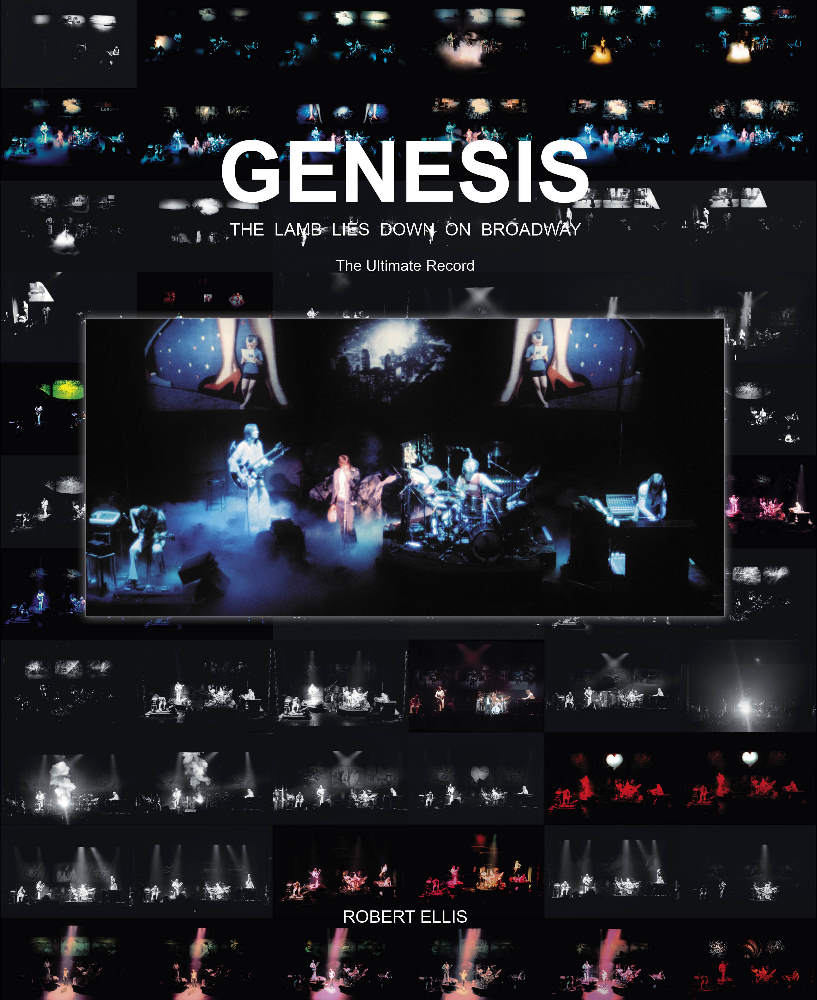 GENESIS The Lamb Lies Down On Broadway 2nd Edition
by Robert Ellis
images and spreads shown here subject to change. 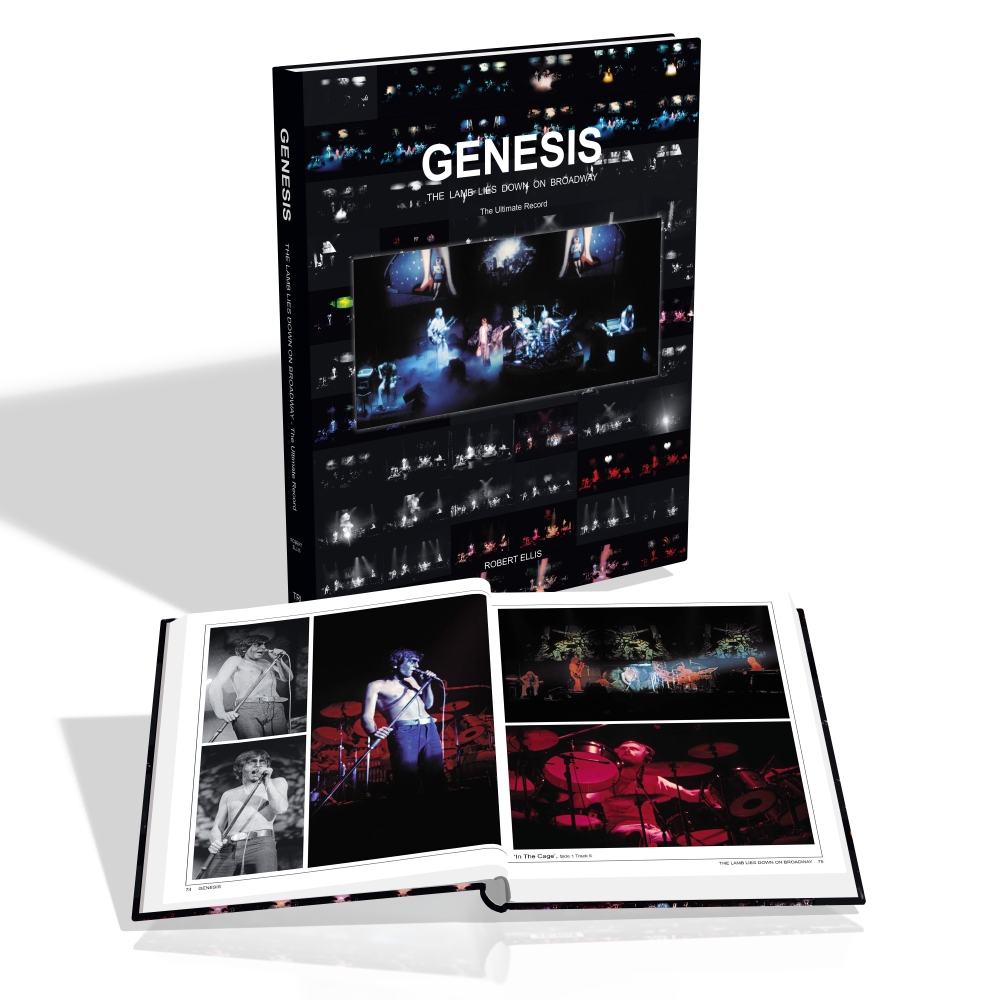 In 1974 Genesis released their double concept album, The Lamb Lies Down On Broadway and embarked on a landmark, six month long tour in November of that year. This ambitious stage show was the first to use multimedia to illustrate the story line. It was also the last time the band would tour with Peter Gabriel. Incredibly the show was never fully recorded, either on audio or film.

Robert Ellis followed the band from the recording studio in September 1974 and through the tour in UK and Europe, taking hundreds of shots of the band at work with the special intention of documenting it for posterity. Finally, these images have been put together by Robert personally to commemorate this significant time in the history of Genesis and Peter Gabriel.

Said Robert, "I want this book to be seen as a companion to the album, not a critique of the songs, the band, or the show - more an extended super deluxe packaging for a live album."

The price is £105 UK pounds plus shipping. We ship worldwide except to a few countries where imports are barred. You will be advised. The total price will be automatically converted to your local currency using the prevailing rate at the time of order. We accept PayPal and all major debit and credit cards via a secured server. Each copy will be signed by the author. A dedication can be added if requested at the time of order. Full terms and conditions of this offer are given on the website and the exact closing date of the preorder and the publication day will be announced on social media and to all buyers nearer the time. Watch this space and follow Robert Ellis on Twitter and Facebook. The links are at the bottom of this page.

All images Copyright © 1960 - 2021 Robert Ellis. All rights reserved and all moral rights asserted.
Robert Ellis does not offer any rights to use his images as of the year 2010. The existence of prints and transparencies, and digital copies of photographs by Robert Ellis on the internet or in any other archive, does not infer any right to use or publish anywhere by anyone. For further details, Email Me. Robert Ellis The Rock Library Repfoto do not store Card details. We do not use or pass on email addresses for anything other than the purpose for which they were given to us. Payment is through PayPal or a SAGEPAY or PAYPAL secured server using:-